A message from President Katie Black: 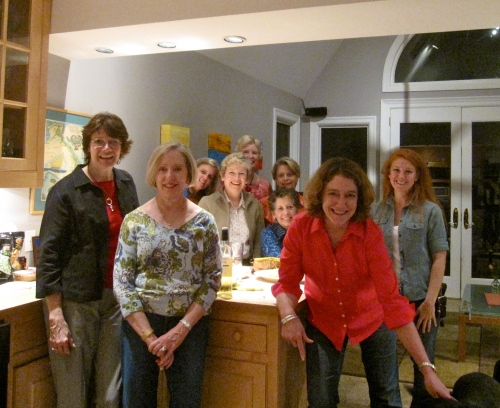 I’ve been delinquent in planning our neighborhood bunko games, that simple-minded game of dice that really is just an excuse to get together with your neighbors. We would like to have a game the last Tuesday in Feb., March, and April and are looking for hostesses. Those dates are:
Tuesday, Feb. 22; Tuesday, March 29; and Tuesday, April 26.

If you would be so kind as to open your home to 12 or so neighborhood women and furnish some tables and chairs, it would be appreciated. Please email me with your date of choice. Thank you!

A message from Rebecca Kerimbaev:

What IS Bunko you ask? According to Wikipedia, Bunko is “a social dice game involving 100% luck and no skill (there are no decisions to be made), scoring and a simple set of rules…The object of the game is to accumulate points and to roll certain combinations. The winners get prizes (provided by the hostess or pooled from the club resources) for accomplishments such as the highest score, the lowest score, or the most bunkos.”

Refreshments are decadent (ChocoVine is especially popular), appetizers are irresistible (think cheese, nuts, olives, & dips), and the company is riveting — and Bunko night is a great way to meet your neighbors, or to welcome them if you are hostess!

This entry was posted in Bunko. Bookmark the permalink.